See why talent thrives in Ireland, so your business can too

An enduring location for investment

Resilient and flexible infrastructure to support your business

Its strong pool of skilled and diverse talent, booming digital and technology sector, and rich heritage of arts and culture, make it such an attractive base for a platform that prides itself on being an inclusive home for creative expression

Tap into a source of storytellers, makers and creators in media, digital, gaming and more

Avail of high quality IT, superb infrastructure and talent to serve major markets

Your guide for dedicated professional services in Ireland

Your partner on your investment journey

Here to Help You

Supporting your investment in Ireland

A range of property solutions to fit your business needs

The Dublin Office is one of Zendesk’s major software development hubs with 500 people including 150 engineers. Among the technologies used on site are: Ruby on Rails, JavaScript, AWS, NGINX and RackSpace Cloud Servers.

In 2012, Zendesk established its Dublin office with two engineers and officially launched its first European Data Centre in Dublin in March 2013. It has since migrated to AWS, still located in Ireland in one of Amazon’s seven mega data centre sites in Ireland.

Zendesk’s Dublin office is a regional hub for product development and plays a central role in the company’s global business strategy. In addition to sales and operational functions, the Dublin team spearheads Zendesk Talk and mobile products, and oversaw the launch of Talk Enterprise last year, which is a core component of Zendesk’s comprehensive set of products specifically designed to help large companies meet changing consumer expectations. 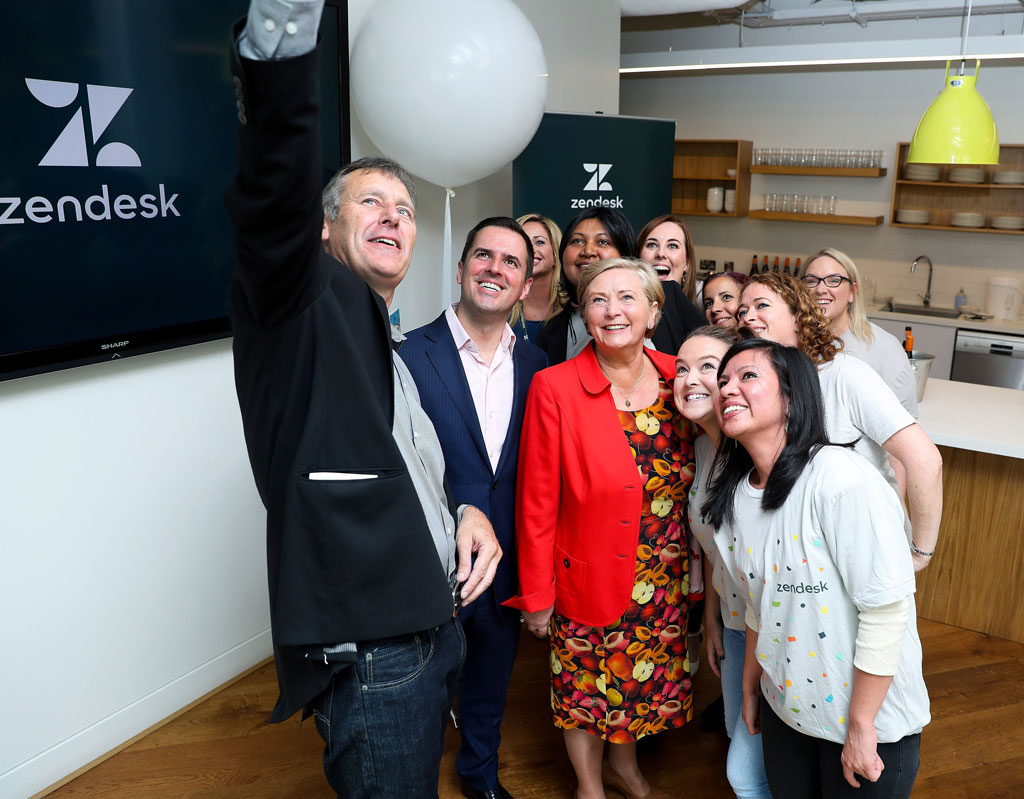